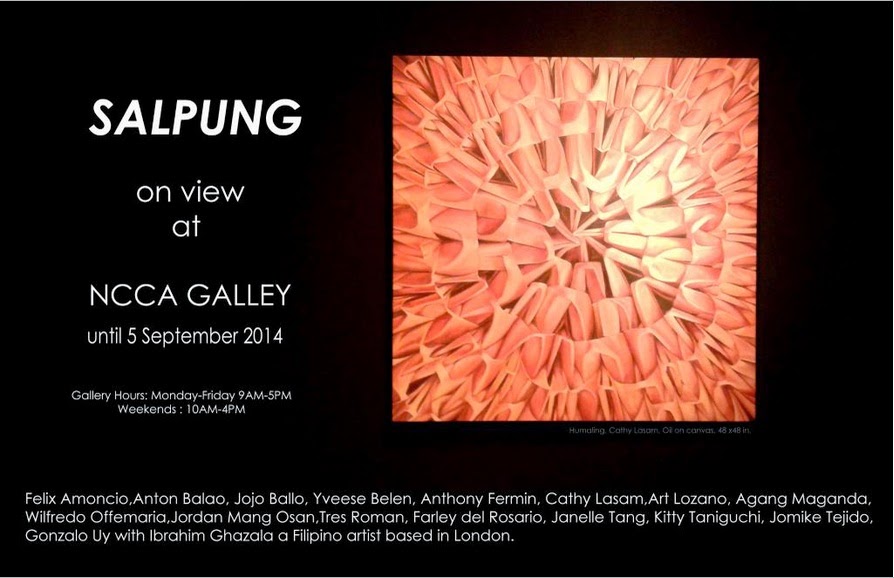 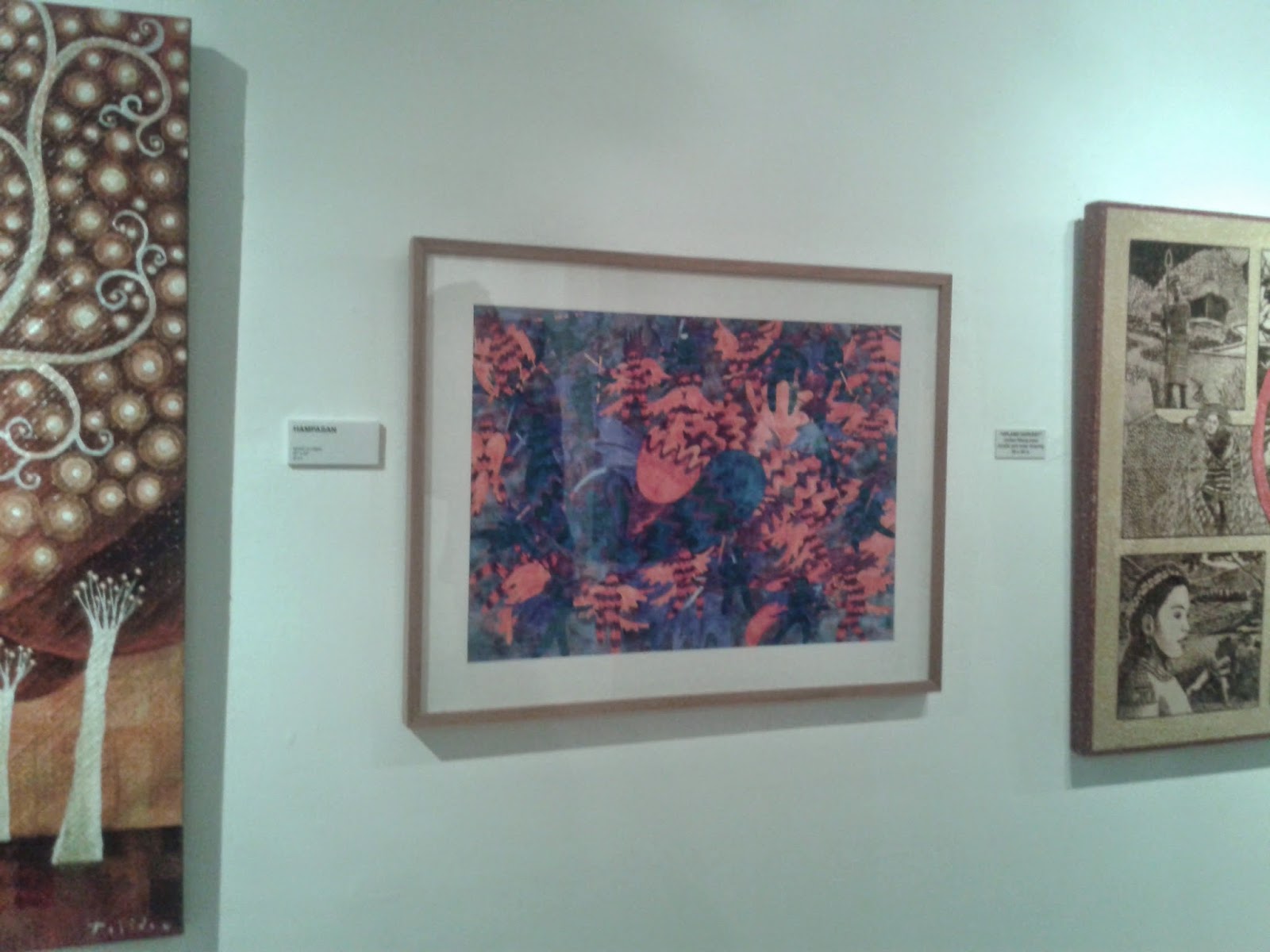 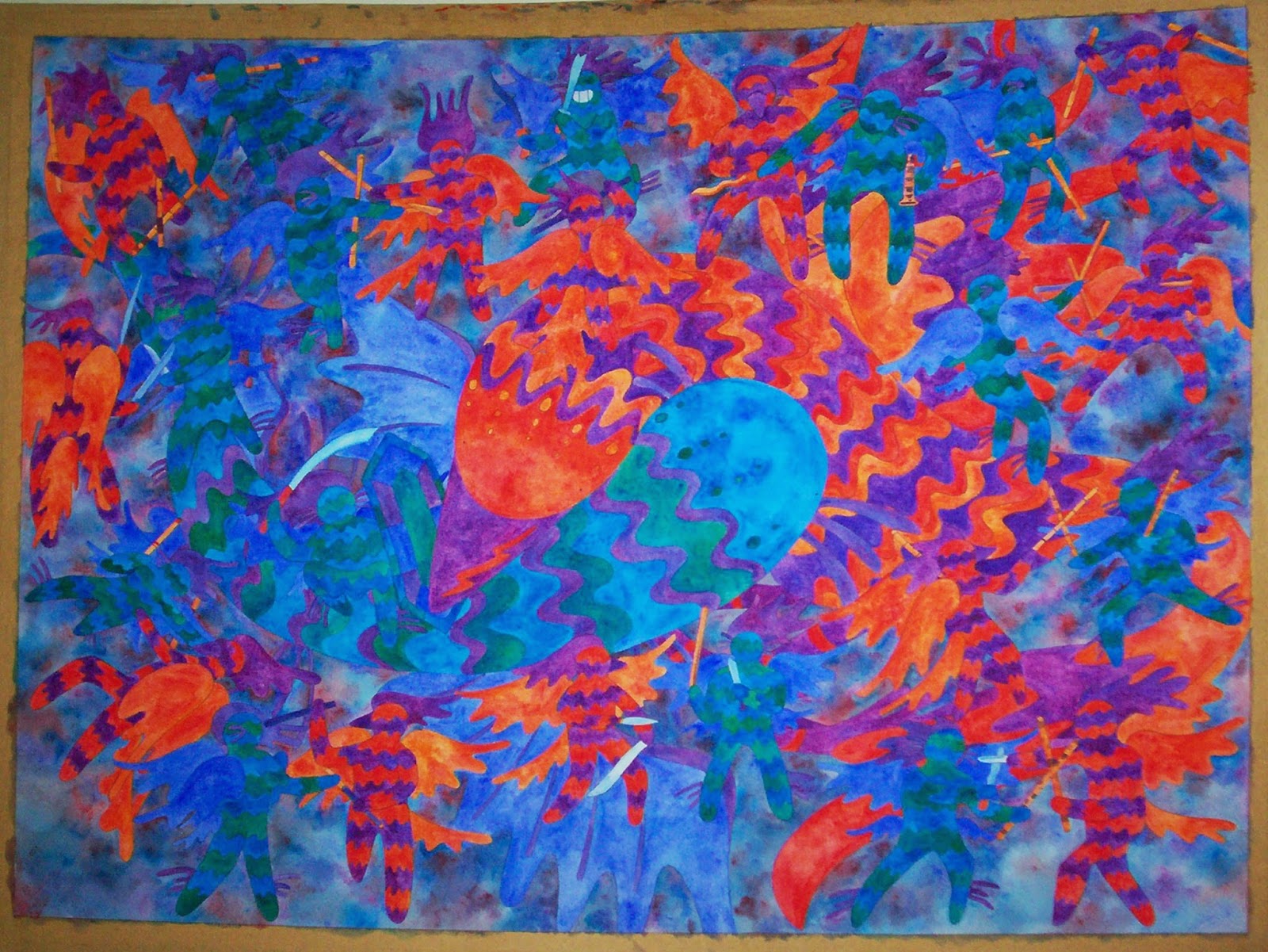 It was my privilege to have been included in the "Salpung" exhibit at the NCCA gallery in Intramuros that opened more than three weeks ago on the 3rd. Sir Delan was kind enough to get my arnis painting, Hampasan, from Remix into the show (there it is to the right of Jomike's work). (Cathy's painting's on the invite, by the way (but not my name, lol ~ but I was there, honest ^O^; and just super happy to be there ^O^;)

Anyway I put a better picture of it at the bottom ~ so basically it's like there's a bakunawa and a minokawa, and each of them have an army, and they're using arnis and kali to kill each other, ha ha. I haven't got this up on my online folio (http://jill-arwen-posadas.weebly.com/) yet, because I have yet to come up with a *whole* shot of my giant parkour painting ^^;) ~ but it's still got the previews from Remix whence it came ^^;

After God of course thank you to Sir Delan and to my youngest brothers Hopa (who gave me the title for this painting) and Javs (who is an awarded arnis Kuya). And to my Tito Dennis for taking me to the opening so I could take a picture ^_^; God willing, this won't be the last time I'll be in any sort of show ^o^;
Posted by Jill Arwen Posadas at 23:38 1 comment: