Playing With My Food 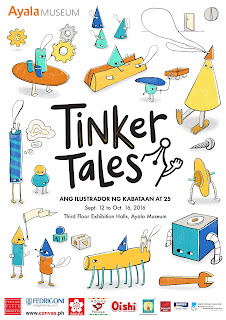 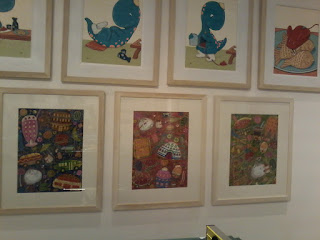 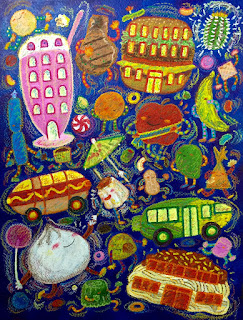 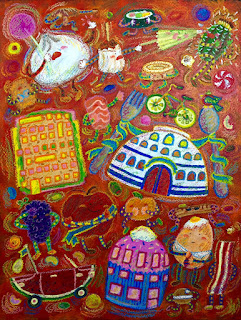 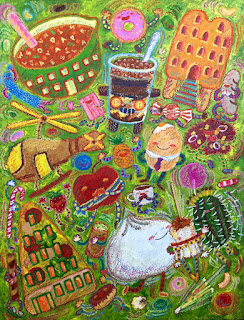 So this year I was so very grateful they let me join Ang InK's 25th anniversary show, Tinker Tales, which opens this Monday. I wish I could've helped out more with the preparations! I was just there yesterday, trying to ^_^; It's gonna be awesome and all the works are fabulous!! It's truly an honour for me to just be there.

So this time around the theme is stories written by children ~ I got this story about a Bitoy and a Bongkok, who had a nasty run-in with a cactus in the city of Mongkok, which was run by a Mayor Prutas, and is apparently frequented by a Senator Egg. Seeing as there was food involved I decided to make everyone and everything in the illustrations food, possibly because I was running real low on energy at the time (yes, in spite of my bad working habit) and food was all I could think about ^_^; So the food in the pictures is mainly food I like to eat best (sorry, I am not at all what one would call a healthy eater). I understand the stories were assigned to all of us at random, and this story was written by Kio Magno, of the Raya School.

It amazes me when I think about how very long ago it was when I joined Ang InK. That's one thing I owe my grandmother for. I've been told how she's been felt floating around my uncle of late so I hope she floats on by to see the show, and knows how grateful I am to her for getting me to join in spite of my insecurities and lack of talent or whatever and how I wish she actually was here to see it. Well like Dumas once wrote, they say the dead know everything.

Thank You God, and Dear Mama Mary (I'm so sorry) and to my Guardian Angel and aaall my friend saints for eking these last three pictures out of me before I *collapsed* entirely ~ one last burst of strength after somehow completing everything for Pistá. I think it might be a long while before I can make anything properly again, although, I have quite a few things cooking in my noodle at present ~ just need to find the wherewithal (i.e. the energy) to bring them out of my head and into the world, because like Shaffer once wrote, it's no good to anybody in your head ^_^;