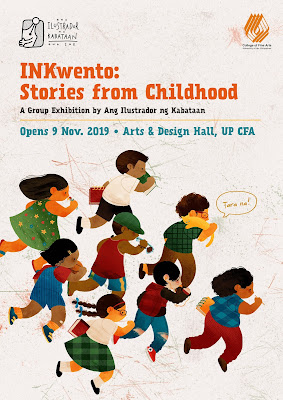 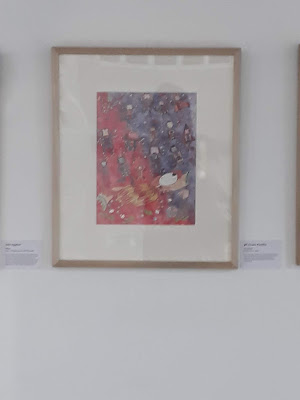 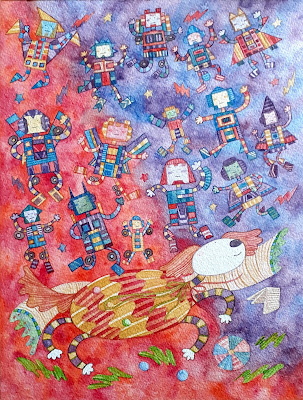 I still can't really believe I joined this show (because I had already resigned myself to working on Aviary and really truly believed I had time for nothing else) ~ but I'm glad I did cos at least if people had gone over to this show instead of my show then they still woulda seen a little something from me ^^; Like everything else I've made this year, these Potatobots took a lot longer than I thought they would, but I'm glad I made them just the same I guess cos I guess they were like a little break from all the knifework that needed doin' ^^;

So basically people 'dug deep' for this show, and what I came up with when I did, for some reason was this little 'baby closet' that used to stand behind my bedroom door when I was about, oh, 11 or so. I don't ever remember having or using it as a baby, but I assume it was used about that time for me or the brother that came after me. When I say 'baby' closet, I mean it must've been meant for like a nursery x baby clothes ~ it was more like a small (as in I'm taller), freestanding (not attached to the wall) wardrobe ~ I'd say 'bureau' except it had a little door that swung open like a regular closet's would.

On that little door was the painting of this long-haired dog with droopy ears, painted in that hokey, dated, meant-for-children style (not my brand of cute but I assume it was meant to be). The dog had a red string (it was way too skinny for a ribbon) tied around its neck and it was standing in a little patch of grass with a blue, striped ball (it had stripes same as a beach ball's) at its feet.

Speaking of string, the closet had these wooden balls (about a little bigger than a golf ball but definitely small than a tennis ball) for handles, but the handle on that closet door with the dog on it had long since fallen off, so we kept that door closed with a length of yarn or by wedging in a folded up piece of newspaper. I remember the lining of the closet was like shiny, and yellow (as in with age). The ball handles were painted in pastels; the closet itself was white.

I'm pretty sure 99% of those bots weren't even mine but *acquired* from my brothers ~ but the Prime was mine and remains to this day one of my most prized possessions (as in they have to put that in the casket with me when I get buried (if my church allows that (they probably don't but you get the idea) (and if anybody cares enough to bury me when I'm dead). I still have the box and the whole shebang;  I have this idea Imma sell it when I'm starving and completely destitute (I'd rather starve to death ^______^).

Anyway so that's what this piece was based on and, like everything else I've ever made, I wish I could've taken my own sweet time over it and really, like, savoured the making of it. Not that I didn't (savour it, I mean) ~ and from here on out, I think I'm going to do my best to, you know. Stop being a painting factory and *savour* what I'm doing instead of *stuffing my face like it was a hotdog speed eating competition*. Less speed and more savouring ~ and hopefully better quality. I hope. I'm in the middle of um, thinking things through as I write this, and, I'm still figuring things out. But I think that's more or less what I'm going for.

Until then, Potatobots, roll out ^^

Update: We've got some small renovation in the works at the moment and we tore down the section of the house where this small 'baby closet's' been all this time ~ turns out, it was my Mom's when she was a baby! So that's why I've always remembered the paper in it being yellow. Shame it's gone now, which makes me doubly glad I made these Potatobots.